GQ
WHAT MEN WEAR DURING THAT WEEK

The combination of drawings in a cage of different sizes is controversial and in many ways dangerous. But Vladimir Vladimirovich is not timid. 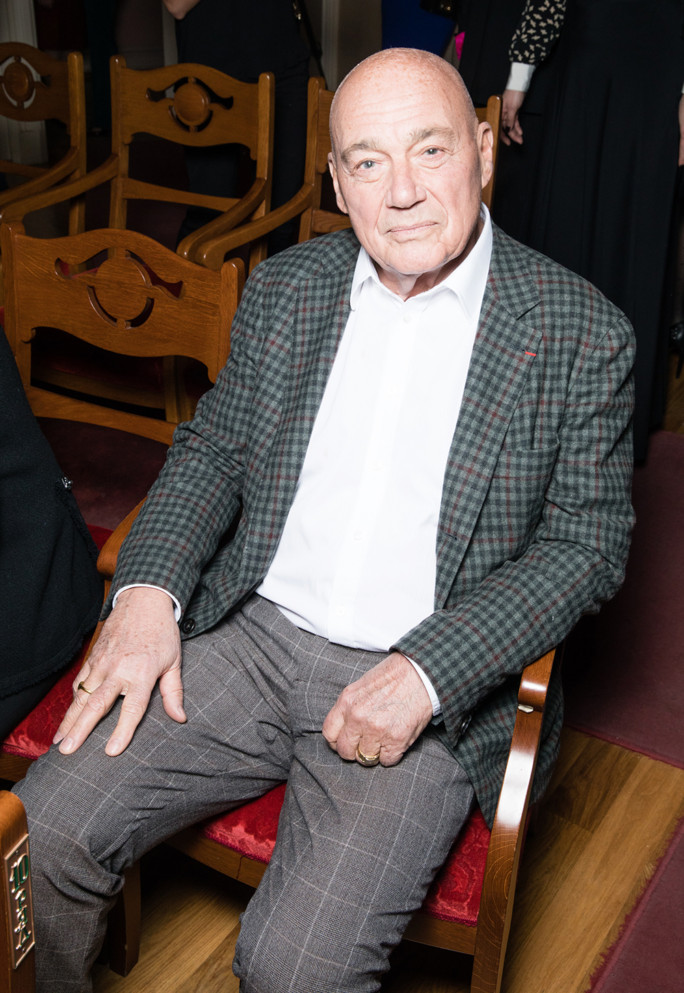 In a beige pullover and navy blue trouser, the Principal of the Bolschoi theatre demonstrates perfection. Only special people can wear light color shoes in Moscow without staining it. 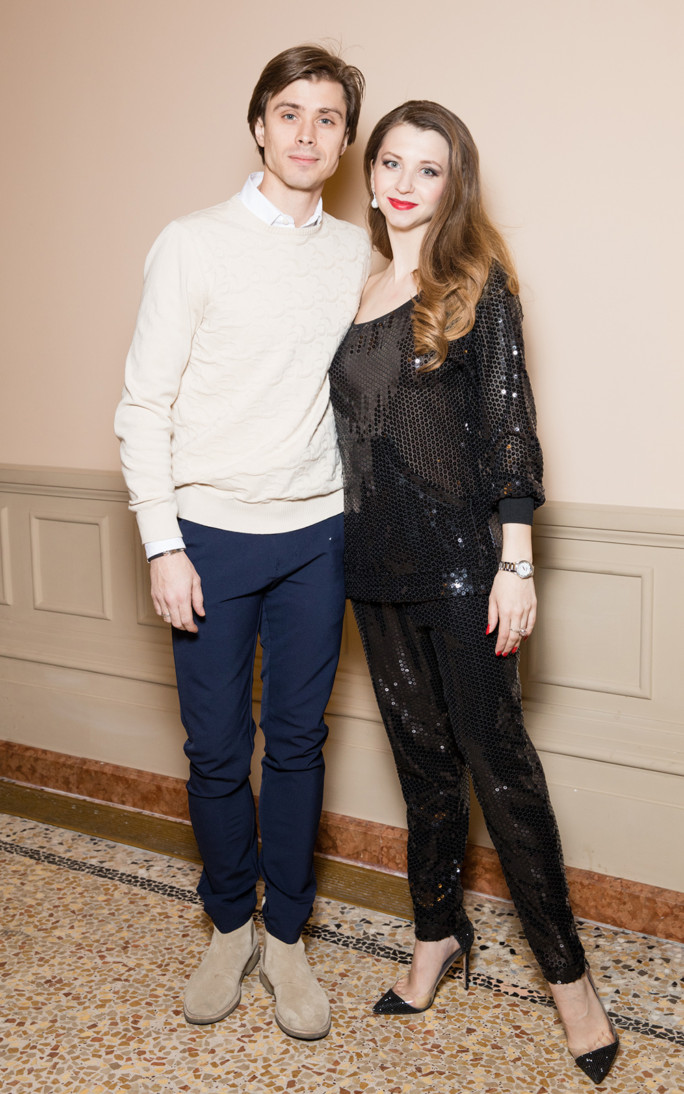 At the Golden Mask Award Ceremony

What kind of definition do not give the conductor Teodor Currentzis to journalists and critics. A mysterious vampire is perhaps the most accurate, given the love of Teodor to black. The musical genius again did not disappoint the press, taking the next "Mask", and rightly so. 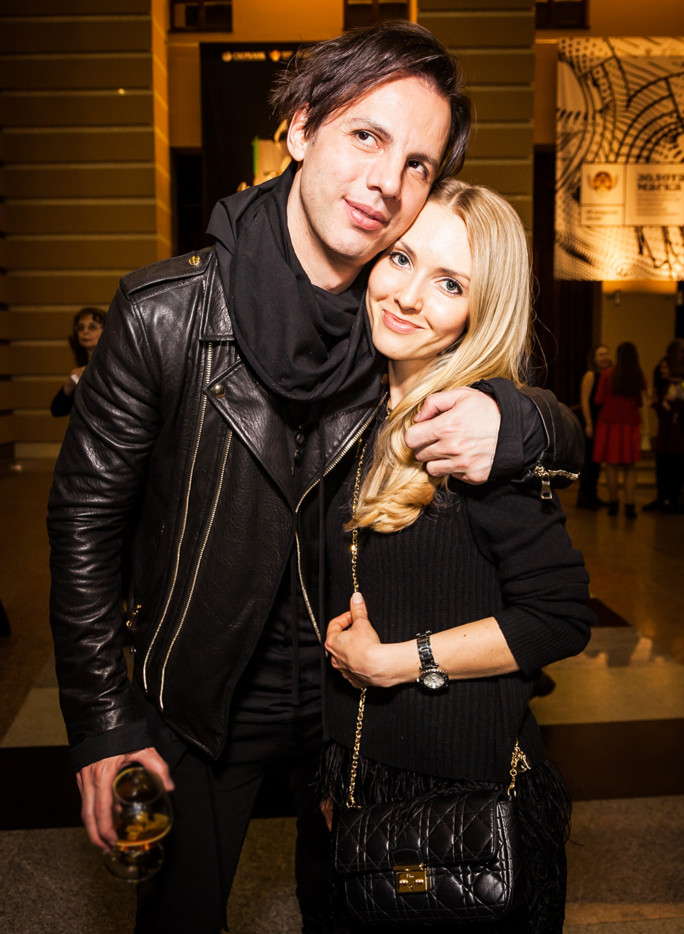 At a party at the restaurant "Selfie", included in the list of 100 best restaurants in the world.

Igor Gregoryev is a chameleon man. Reincarnated from the pioneer of glossy journalists into a musician, he is no less radical in choosing clothes. Can appear in a simple tee-shirt, or shift with a leather jacket, or can come to a party at the restaurant Selfie like this. If suddenly someone forgot, this hat was worn by rapper Farrell Williams three year ago for the Grammy Awards. 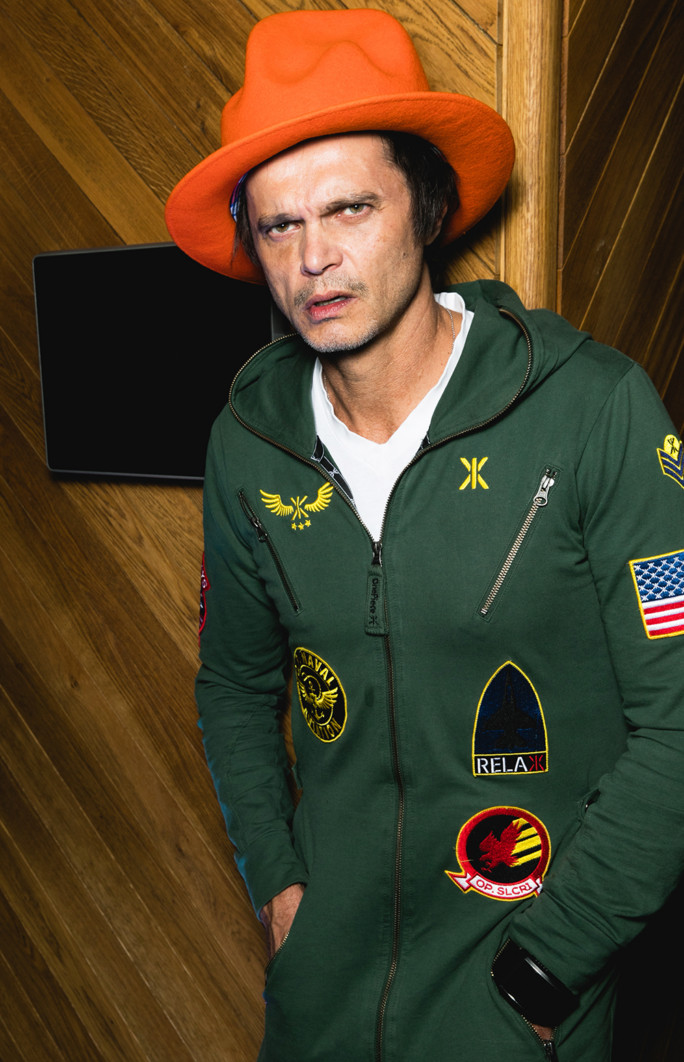 At the opening of Harry Winston in Stoleshnikov Lane

To look at the unique jewelry and watch products of the legendary diamond house Harry Winston, Galina Yudashkina, came traditionally in the company of her husband. Peter is always dressed discreetly and choose classical colours and fabrics, so as not to distract attention from his wife. Only, if you look closely, you can see that his jacket is not made of wool, but of denim, but it looks not like a Justin Timberlake sample zero. It's commendable. 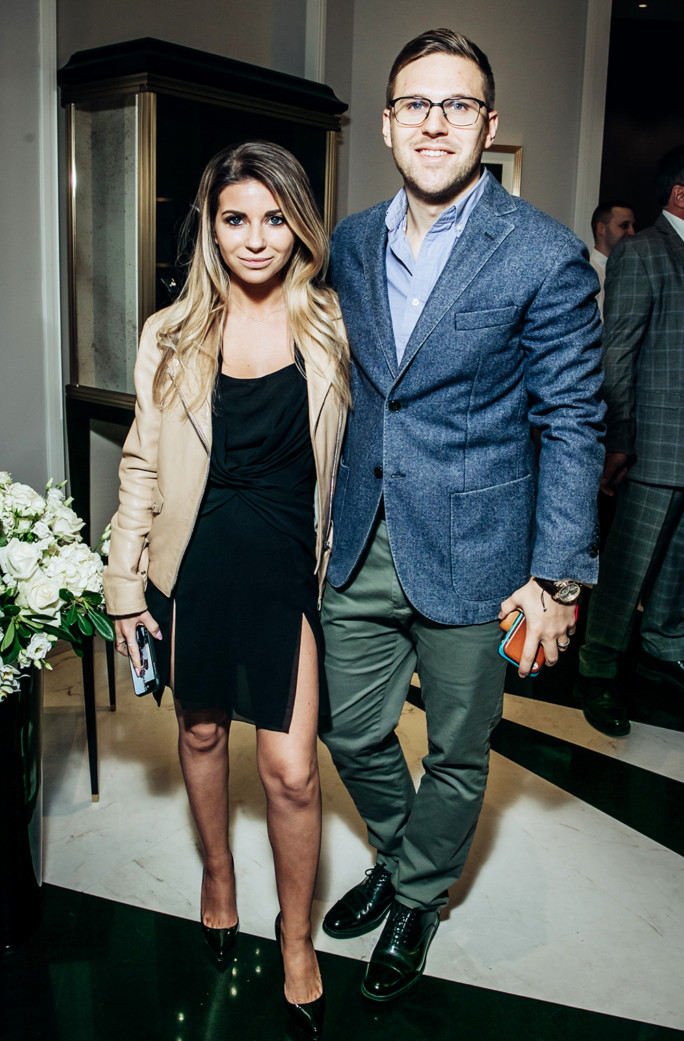 It is not easy to choose what is more doubtful in this style. The length of jacket-raincoat or a fair wrinkle and elongatee knees of the trousers? No, elegant negligence looks different. 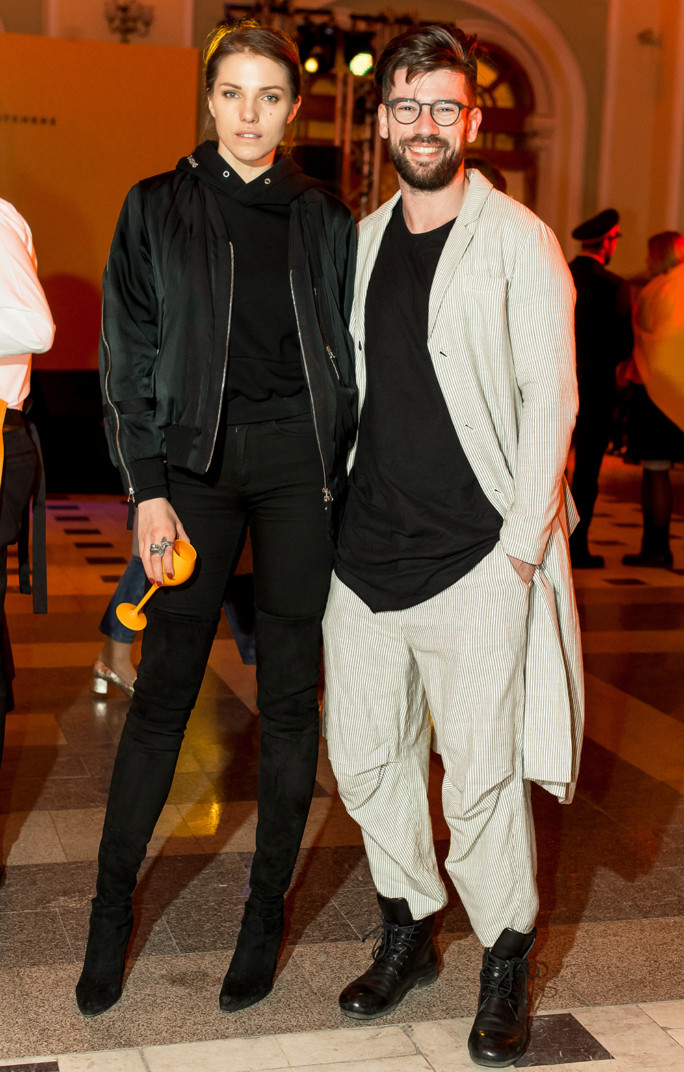 At the presentation of watch brand Rado

A dark grey suit, a black shirt and black watch - actor yegor Koreshkov looked as strict as possible by reading the poems of Akhmatova, Blok and Pasterrnak, along with Julia Perisild on a poetic breakfast arranged by Rado, in the Theatre of Nation. He goes, and most importantly, nothing is distracting from poetry. 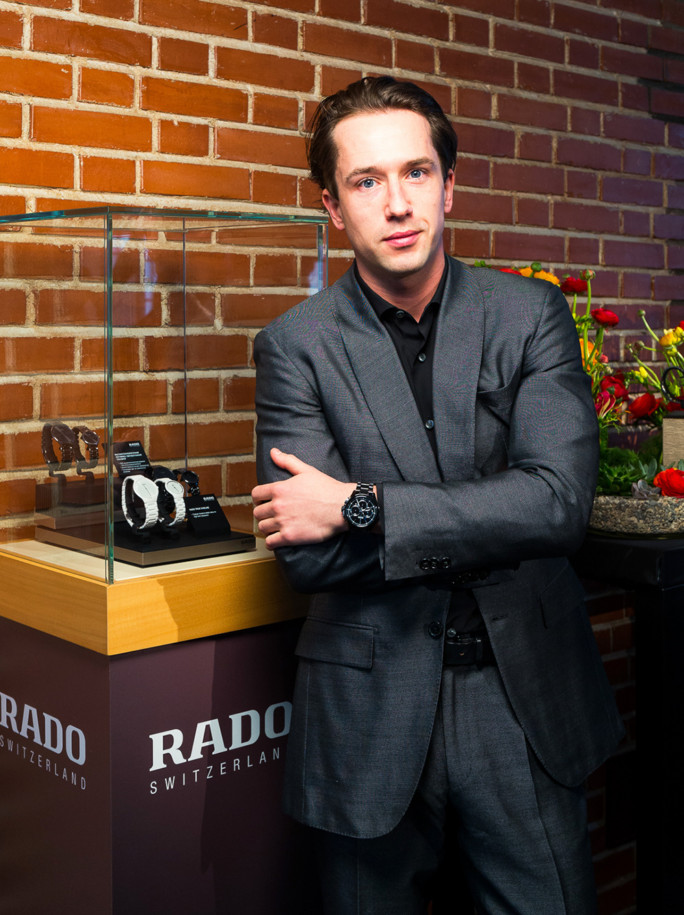 in the restaurant "Nedalny Vostok" at the presentation of a new menu that took place during the festival "Russian French gastronomic season".

The blue tie, of the head of the Novikov group spirit beverage department, to his blue eyes is a great pair, the soft blazer is generally the best thing in the world, and most of all we love it when we wear gray trousers. Not all the same in paired jackets and trousers to walk, right? 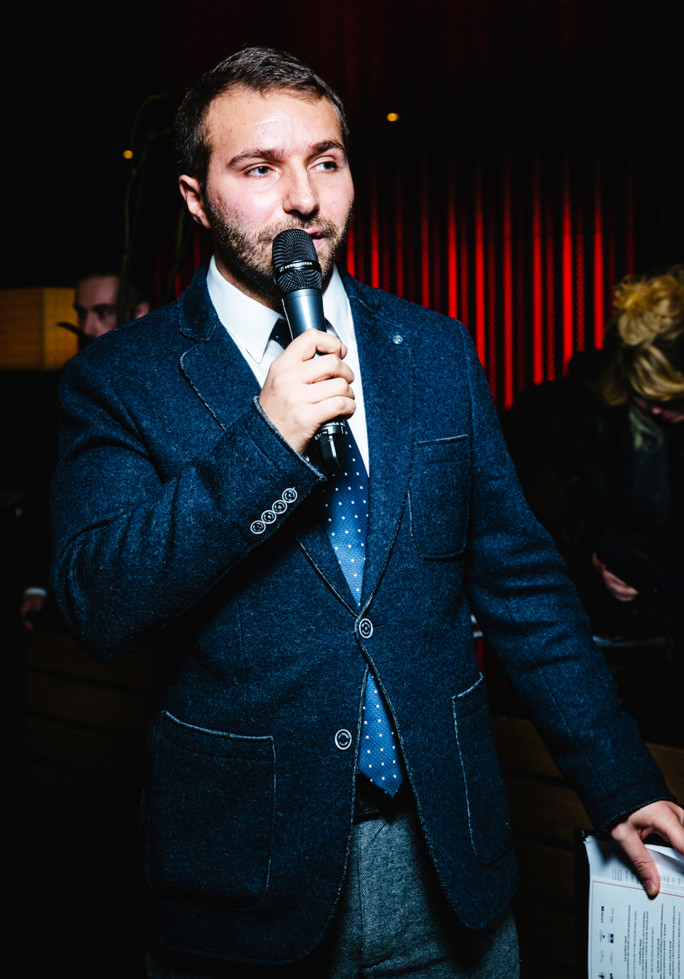 A visual proof of the theory that style is in details. Do not find yourself in the pocket of a suitably picked up kerchief, the look on Konstantin Kryukov, most likely, would not be delayed. 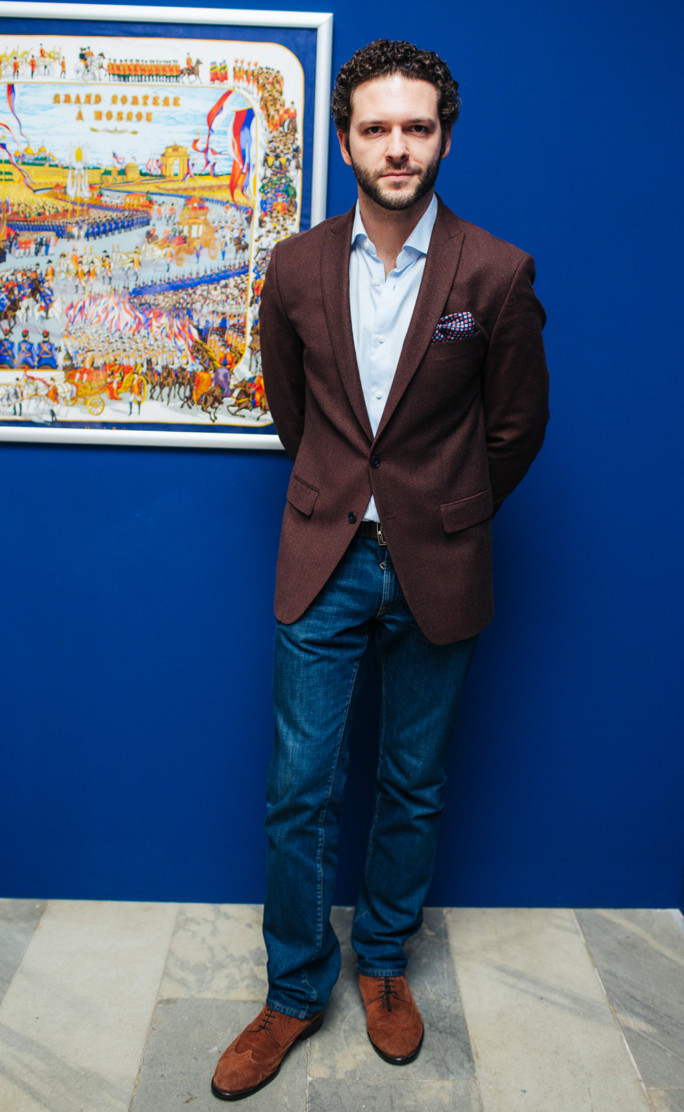 At the party Teen Tatler in TSUM

The son of Yana The son of Yana Rudkovskaya and Viktor Baturin did not stop at a football career and decided to hit the pop music. Apparently, he chose Justin Bieber as a benchmark. When an American pop idol dyed in a platinum blond and grew a long bang on one side, it caused a bunch of questions and jokes. Do not argue, this hairstyle is not easy to pack, so we will not blame Nikolai. In the end, when you are 14 years old, you can do anything, and then all the coveted Gucci sweatshirt distracts attention from the head. 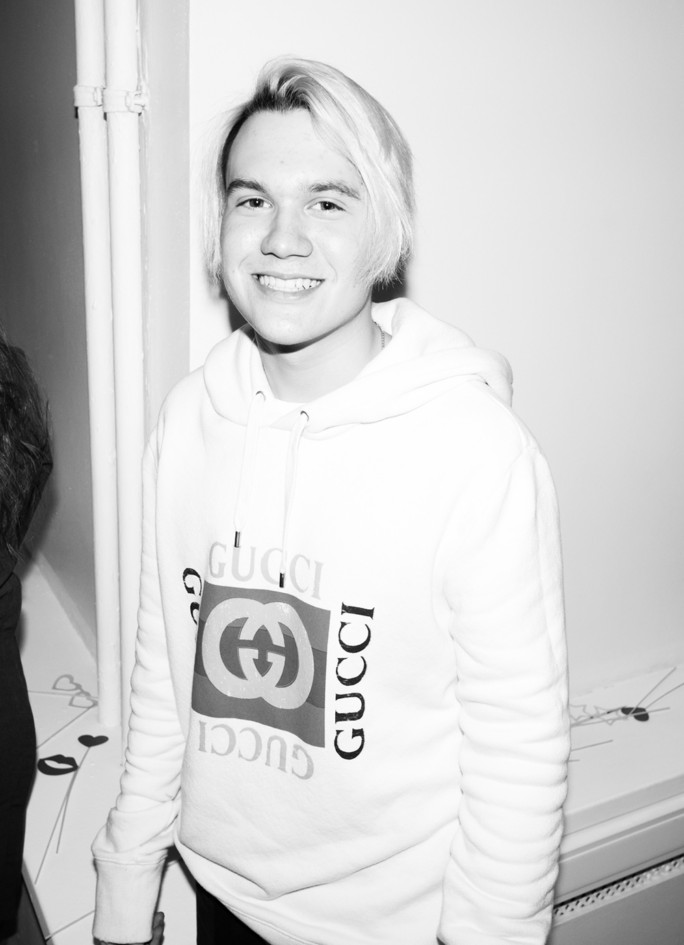 At the party Teen Tatler in TSUM

In charisma and the sense of style, the seventeen-year-old Grigory is not exactly inferior to his father Igor. For Tatler Teen Party, he chose a perfectly fitting suit in combination with white sneakers. To the note to everyone who is going to this year's graduation: strict shoes can be left at home, for them the whole life ahead. 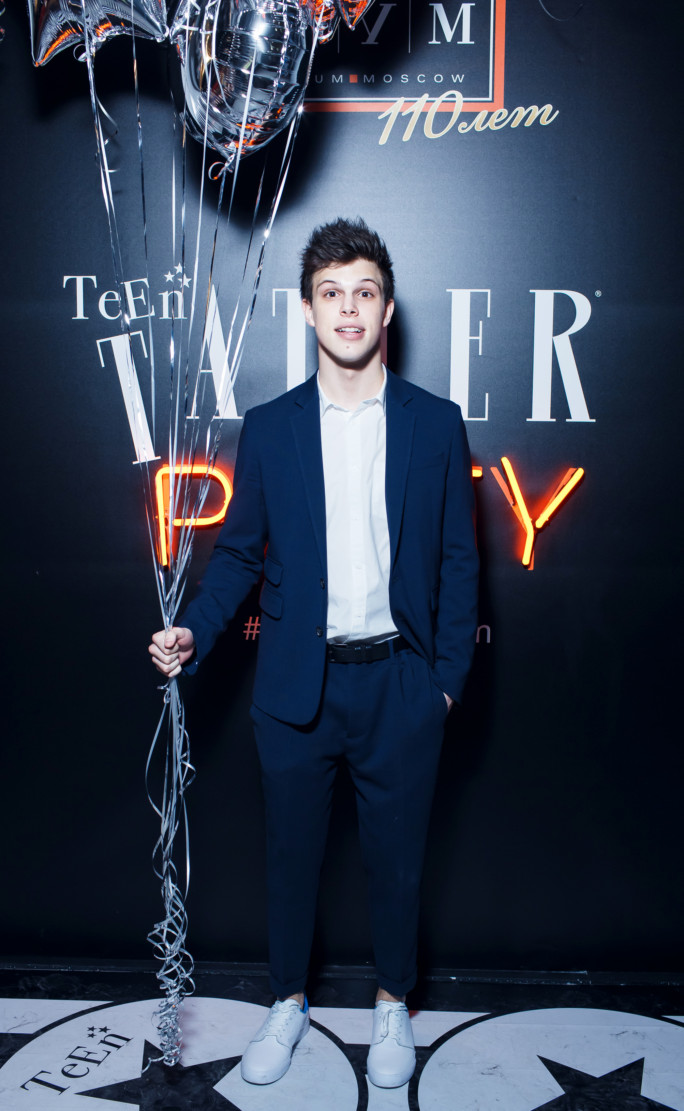 At the opening of the MOSS boutique hotel

The set is assembled in the style of Brunello Cucinelli, both in colors - all these faded shades of beige and brown, and in shape - no costume or even a jacket, only a shirt with an unbuttoned collar and a soft sweater. A very accurate illustration of the concept of casual friday, although, we suspect, Oleg Tinkoff is dressed not only on Fridays. 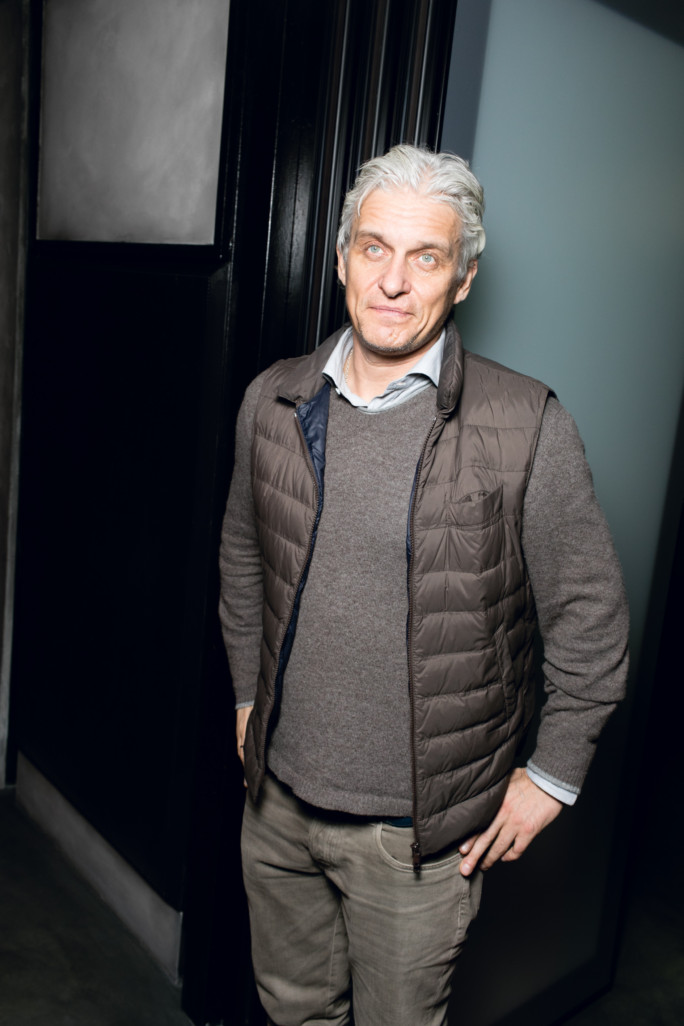 Before you sample a rare skill not to overdo it - most often it is achieved with the help of shoes, worn to a suit instead of classic shoes. However, the costume here is not entirely formal: it's Umit Benan with unusual lapels, the angle of which is quite low, rather on the chest line than at the shoulder. When the usual costumes you are fed up, remember this, perhaps, decide on a similar one. 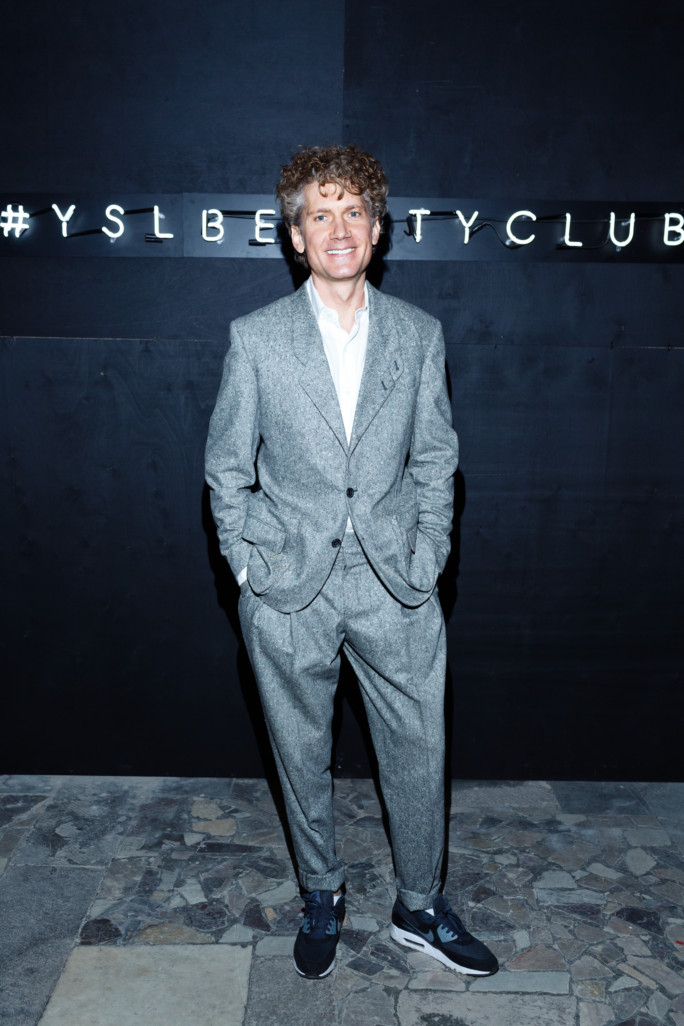 The co-owner and senior partner of Garber Hannam Partners Group demonstrates an accurate understanding of how long a tie should be. It remains to the same accuracy to approach the issue of the length of the sleeves of a jacket. 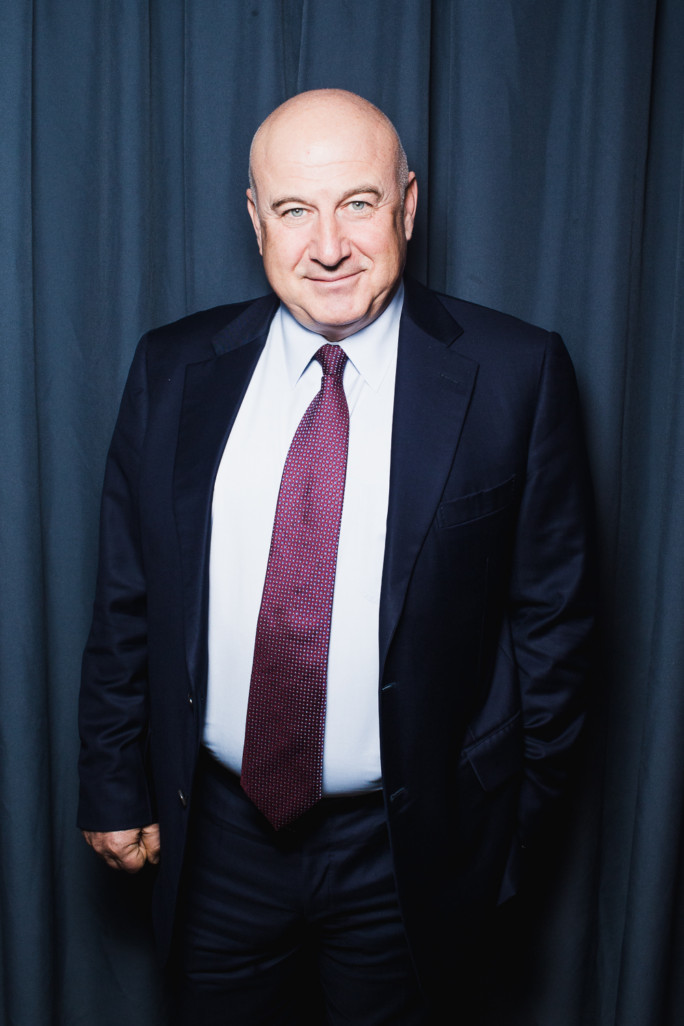